Where to travel in July 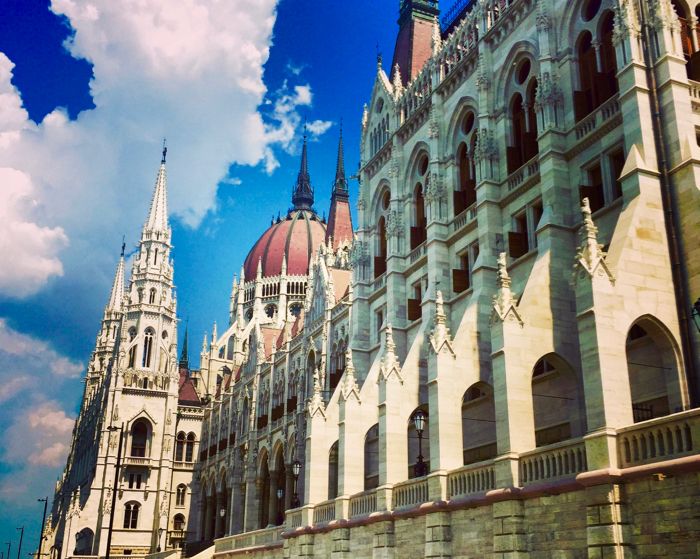 Marking the thick of the summer for the Northern Hemisphere (and summer break!), July is the perfect time to pack your bags and go on an adventure. As always, there are variables you should take into consideration when traveling in July such as the weather, the crowds, and if this is the best time of year to travel to a certain country. Here are our top choices for where to travel in July:

Although July is one of the hottest months in Budapest, Hungary, it is also the best month to visit the city. It is not as crowded compared to the major cities in Europe, and if you are on a budget, Budapest is where you can stretch your dollars. You might experience some summer storms but this is a welcome respite from the hot weather, and the weather is perfect to enjoy a number of open air festivals and events including the Formula 1 Hungarian Grand Prix. The city is also famous for medicinal thermal baths and open-air pools. You can also enjoy a cruise on the Danube, a ride on the giant Ferris wheel on Erzsebet Square and watch a performance at the world famous Budapest Opera House.

Often called Mexico’s Eden, Isla Holbox is a small island located in the Mexican state of Quintana Roo. It can be reached by ferry from the mainland town of Chiquila. It is part of the Yum-Balam Biosphere Reserve, and is one of the hidden gems of Mexico. People often compare the island to Tulum, back when Tulum was not as popular and touristy. The island can be visited at any time of the year, but during the month of July, the whale shark, the largest fish in the sea, is drawn to its water because of the abundance plankton, providing visitors the opportunity to swim with these humongous creatures.  The modes of transportation in the island are mopeds, golf carts, and bikes, and the best way to reach its secluded white pristine beaches is by foot! Aside from swimming with the whales, the island is known for having the safest beaches to learn how to kiteboard, and enjoy a number watersports.

The month of July is perfect for a safari in Kenya, Africa. It might be a little crowded because it is the peak season especially the Amboseli, Masai Mara and Lake Nakuru parks, but your primary concern would be the weather. Rainfall is practically nil during this month, and you get to enjoy sunny days with clear skies, plus less mosquitoes feasting on you! The dry season means you get to spot the wildlife easier because the animals gather around waterholes and rivers, and the bush is not as lush. It is also one of the best months to watch wildebeest migration. If you have more time, take an hour and ten minutes flight to Malindi, where the vast expanse  of beautiful beaches and coral reefs will astound you.

Japan’s rainy season usually ends in the first half of July. The weather turns sweltering hot and humid which might be a turn off to some people. If you want to visit Japan in July, the best place to explore is the city of Sapporo. It is located in the island of Hokkaido, the second largest island in the country and the least developed of the four main islands of Japan. There is less chance of rain and the weather is cool and balmy in the island. While the city is famous for its annual snow festival featuring enormous ice sculptures, winter sports and beer, it also boast other great attractions such as Takino Suzuran Hillside National Park, Historical Village of Hokkaido, Tanukikoji Shopping Street, Botanic Garden at Hokkaido University, and Ganso Sapporo Ramen Street, just to name a few. But most importantly, if you are a beer lover, you will enjoy the city by mid- July as it is the start of the month long Sapporo Beer Festival. It features about seven blocks of beer gardens with numerous events going on.

Ditch the crowds and rain in Cartagenia, Columbia

The rainy season in Cartagena, Colombia stretches from April to November, May and July are considered mini-summer months, making it the best months to visit Cartagena. You will experience some rains and the humidity is not as bad compared to September and October. You also get to avoid the crowds which are at its peak during December and holy week. Must visits include the Walled City of Cartagena, Islas del Rosario, Joyeria Caribe Museum & Factory, San Felipe de Barajas Castle, museums, churches and cathedrals, and a number plazas.

There you have it, our top choices for where to travel in July. Now all you have to do is start packing for your adventure and have a fantastic vacation!