Milan has some amazing tourist traps. The huge and impressive Duomo, which stands in the Piazza del Duomo, is of course a must-see, for its sheer scale alone nothing else in Milan comes close. Similarly, many would happily face the crowds and pay the cost of the tickets to get a glimpse of The Last Supper by Leonardo da Vinci; it is the most iconic piece of artwork in the city. However, if you also want a taste of Milan’s rich heritage without having to brace yourself for ticket queues, flocks of tourists and noise, there are plenty of places to go. Here is a list of seven historical sites in Milan that you probably haven’t heard of. 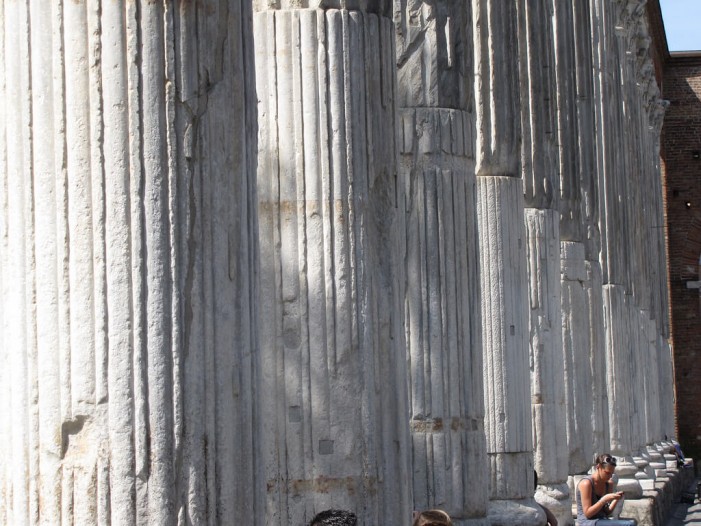 The roman Columns of San Lorenzo have stood gloriously in the same spot since the 4th century. They are one of the few remaining relics from roman-era Milan, and quite easily the most impressive. The columns have survived through many wars and invasions over their long lifetime so they occupy a special place in the Milanese psyche. Summer nights often see the place come alive as young revellers gather in the area around the columns. 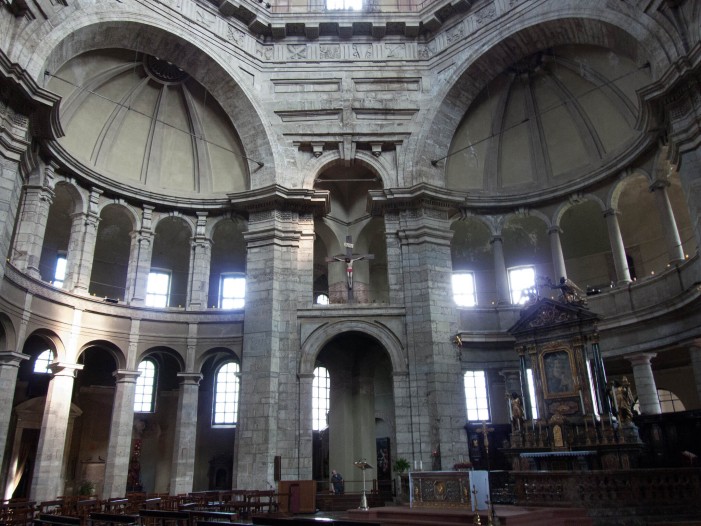 Sanding proudly behind the roman columns, this basilica is an important place of worship. It is also said to be the oldest church in Milan. The building itself is a complex and unique mishmash of different architectural styles as the site has been added to and changed over many centuries. In the attached Chapel of Saint Aquilino you can find mosaics from the 4th century, including very early depictions of Jesus. 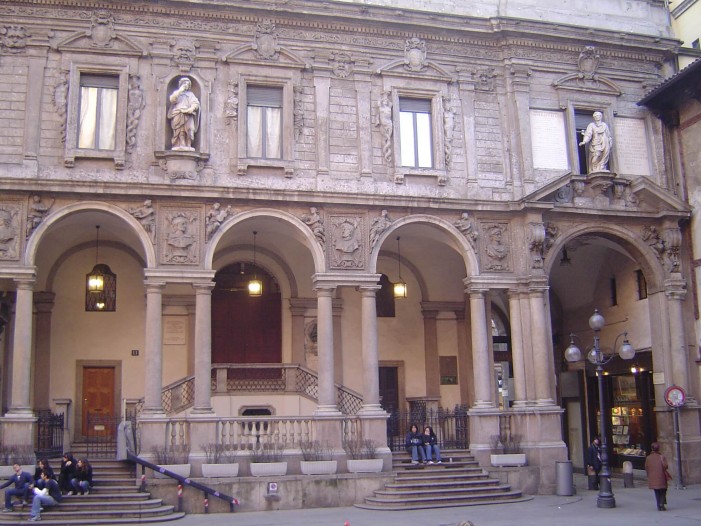 Although it is near to Milan’s main central square, Piazza del Duomo, the Piazza del Mercanti is often overlooked by tourists. In Medieval times this was the central square of the city, until it was superseded by its larger neighbour. Piazza del Mercanti is an old market square, charmingly adorned with monuments and statues. It has been home to a city hall, a courthouse, a prison, and of course a market over the years. Nowadays this pedestrianized square is much quieter. It still oozes with character as an eclectic mix of ornately decorated buildings surround the square. 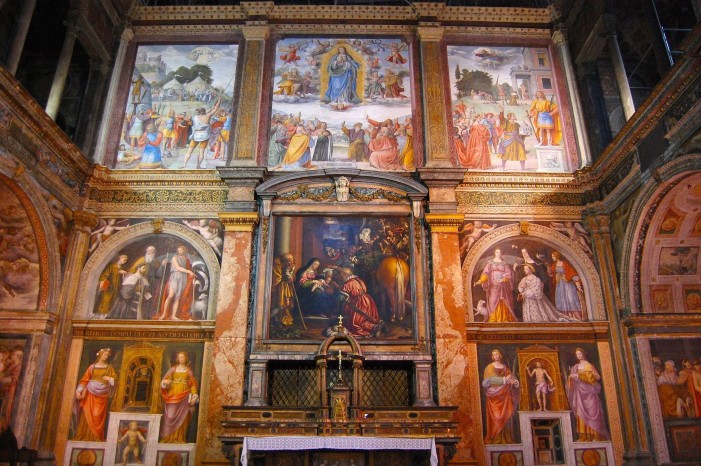 From the outside it looks like a regular church – of which Milan has many – but the incredibly colourful interior sets it apart. Much of the inside of the church is covered in frescoes; huge paintings which date from hundreds of years ago. So while you won’t suffer the queues, the crowds and the cost of The Last Supper, you will be able to experience some incredible Italian renaissance arteork. At about five centuries old, the church has amassed a wealth of treasures over the years from beautiful statues to its impressive organ. 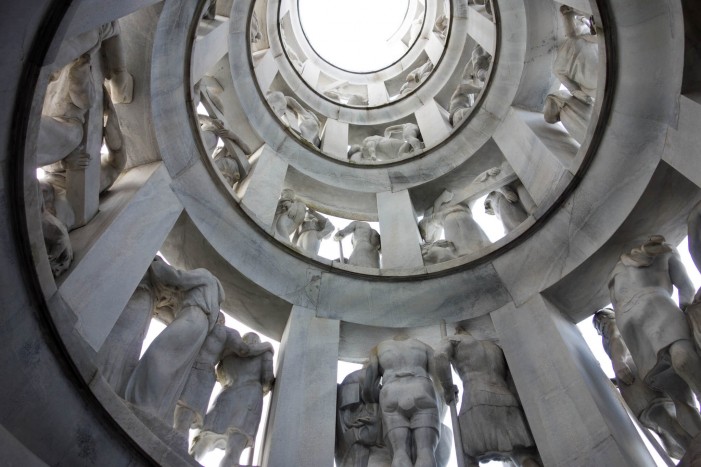 Few would think to visit a cemetery while on holiday – and for good reason. But Milan’s monumental cemetery is something entirely different to your ordinary graveyard. It is a wonderland of artistic creation. A plethora of both contemporary and classical sculptures are littered across these vast grounds. Spiralling towers, pyramids, a last supper statue arrangement, and an abundance of other creations make this cemetery a must-visit in Milan. At the entrance stands a huge structure called the Famedio, atop a flight of stairs, which boasts a beautiful azure ceiling. 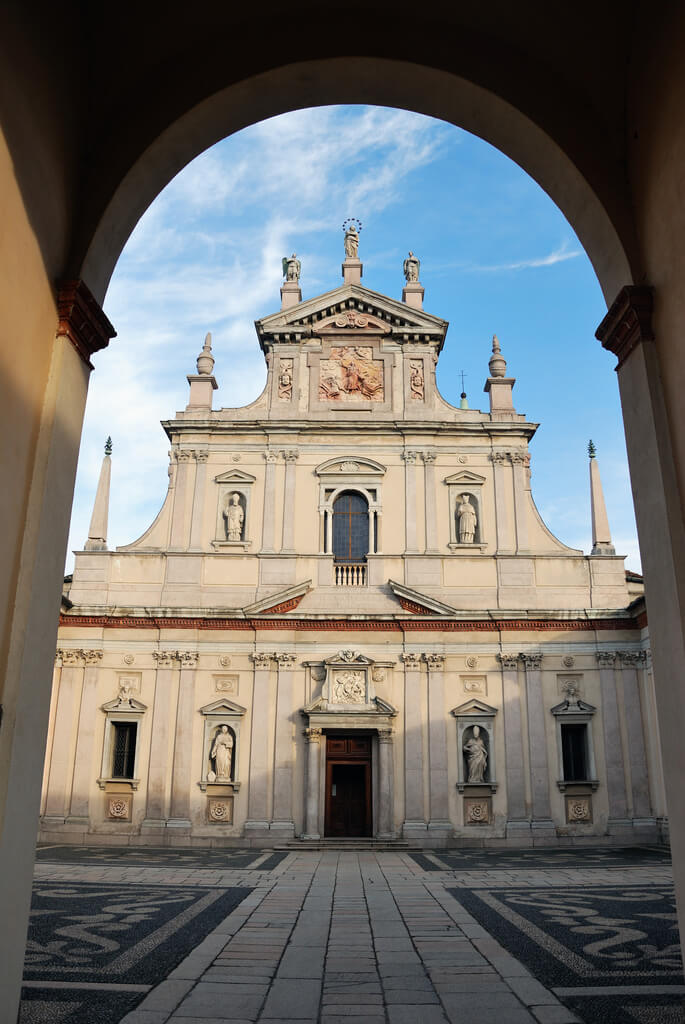 This former charterhouse, or monastery, was founded in 1349. The poet Petrarch lived in the Certosa, and it contains ample renaissance era frescoes. Due to its less frequented location on the outskirts of the city, as well as the fact that it is still home to a community of Capuchin friars, this is possibly the best place in Milan to get an authentic experience of Italian cultural heritage. 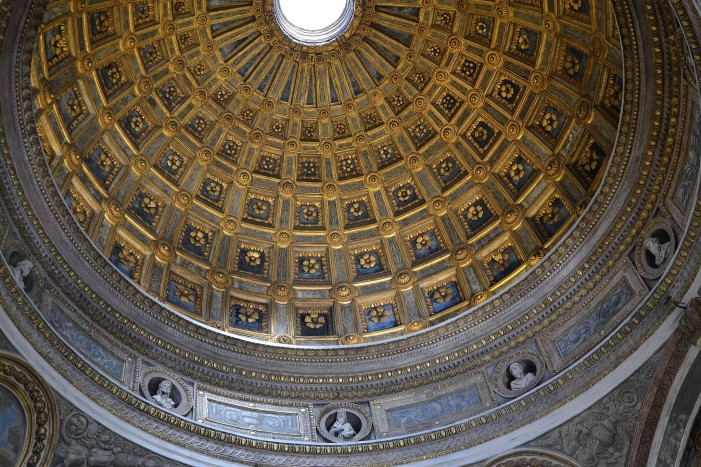 From the outside, San Satiro doesn’t look like much. You could easily walk straight past without thinking twice – but don’t. One of the most amazing features of this church is its magnificent dome roof. It is just around the corner from the Duomo, so it is easy to fit in to a Milan visit. Much of the interior is gilded, giving it a rich atmosphere and making it one of the more impressive historical places in Milan. It will be far less crowded than the Duomo, allowing you to take in some Milanese history in peace.[/vc_column_text][/vc_column][/vc_row]